This is not a Test (TNT) Solo Rules test.

Trying out the new TNT solo rules. Seems pretty fun, Easy way to get some more experience between campaign games. They are limited to only one game of solo Rad Zombies must die, again during the campaign. Wouldn't want one side getting better faster then the other to make for an unbalanced campaign game. 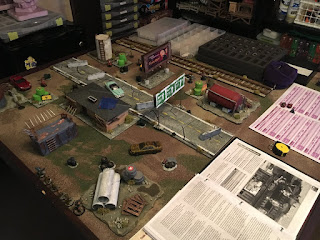 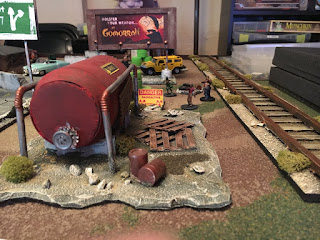 I punched out my chits for the zombie bag with a 1" hole punch and hot glued them into some bottle caps, as well as using an awesome purple crown bag for my zombie chit bag :) 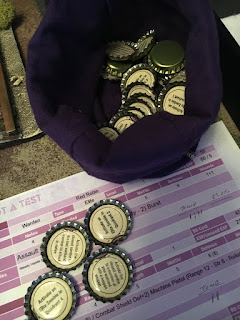 Posted by LugzGamez at 3:49 PM No comments: